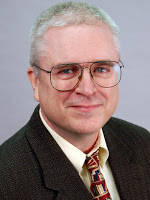 “When Dominique Venner killed himself with a shotgun blast to the head inside Paris’ Notre Dame Cathedral (indeed, it seems, within the sanctuary itself) he desecrated that great church. If it turns out that Venner killed himself in protest over France’s new ‘gay marriage’ law, then, besides condemning the classical scandal his deed produced, one may further observe that all he really accomplished was to make opponents of ‘gay marriage’ look like kooks, and to deprive, for a time, the faithful of France of a particularly powerful place of worship from which to ask God’s help in preserving the natural and holy institution of marriage in their nation. Only the Evil One would take pleasure in that.” – Edward Peters, US legal advisor to the Vatican and father of NOM’s Thomas Peters.

PREVIOUSLY ON JMG: Last month Edward Peters declared that marriage equality supporters, gay or straight, are not entitled to receive Holy Communion.  In June 2011, Peters said that New York Gov. Andrew Cuomo, who is a Catholic, should be turned away for Communion due to the passage of same-sex marriage.