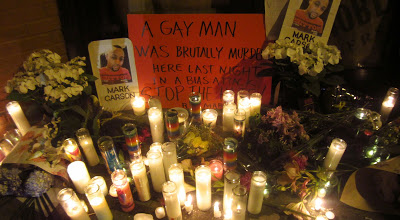 NOTE: On Monday there will be a rally at the LGBT Community Center at 5:30PM, followed by a march to the scene of the murder.

PERSONAL:  Specials thanks go out to the many JMG readers who attended tonight. I just wish I’d gotten to meet you under better circumstances.

Previous TONIGHT: Vigil In West Village
Next Quote Of The Day – Matt Barber