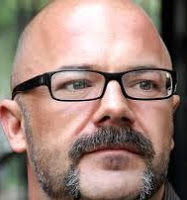 Quote Of The Day – Andrew Sullivan

“Has this president broken the law, lied under oath, or authorized war crimes? Has he traded arms for hostages with Iran? Has he knowingly sent his cabinet out to tell lies about his sex life? Has he sat by idly as an American city was destroyed by a hurricane? Has he started a war with no planning for an occupation? Has he started a war based on a lie, and destroyed the US’ credibility and moral standing while he was at it, leaving nothing but a smoldering and now rekindled civil sectarian war? So far as I can tell, this president has done nothing illegal, unethical or even wrong.” – Andrew Sullivan, responding to Peggy Noonan’s claim that “We are in the midst of the worst Washington scandal since Watergate.”

Previous BERLIN: Protesters At Barbie Dreamhouse
Next Religion’s Gifts To The World