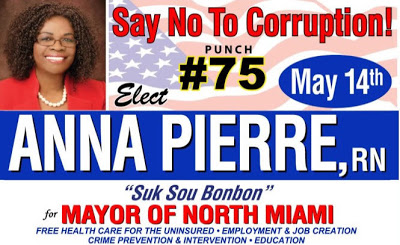 The candidate, who also goes by the name Princess Anna Pierre, told Local 10 reporter Janine Stanwood that she learned of Mr. Christ’s “spiritual endorsement” by praying before she registered her candidacy. Pierre also claimed to have received three signs confirming that Jesus is, in fact, on her side. When Stanwood asked what those three signs were, Pierre replied, “Well, I’m going to keep them private.”