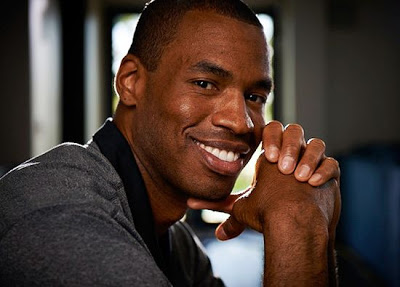 Via press release from GLSEN:

“We are incredibly proud to honor Jason Collins with our Courage Award,” said Dr. Eliza Byard, GLSEN’s Executive Director. “His decision to come out is a game-changer for sports and will have a profound impact on the lives of lesbian, gay, bisexual and transgender youth, particularly those who participate in or want to participate in athletics.

Jason’s actions also send another clear message to young people that sexual orientation can no longer be the standard to unfairly judge an athlete’s ability or potential. Joining the ranks of trailblazers like Martina Navratilova, Greg Louganis, Wade Davis and Brittney Griner, we have witnessed another obstacle overcome in sports.”

Jason Collins will receive the Courage Award for his historic decision to come out as gay, becoming the first active out athlete in the NBA, MLB, NHL or NFL. By coming out, Collins has broken monumental barriers for and raised the hopes of lesbian, gay, bisexual and transgender (LGBT) student athletes in K-12 schools.