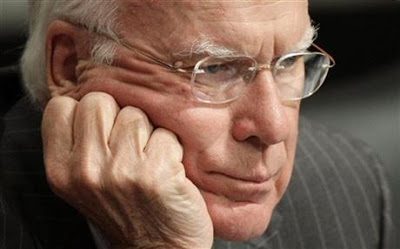 An amendment to add LGBT couples to the Senate immigration reform bill was withdrawn tonight in order to improve the bill’s chance of passage. Chris Geidner has the news at Buzzfeed:

Sen. Patrick Leahy withdrew his proposed amendment to the comprehensive immigration reform bill that would have recognized the marriages of same-sex couples for immigration purposes on Tuesday night, after several Democratic members of the committee stated that they would not be supporting it. A little past 7 p.m., Leahy said, “It is with a heavy heart … I will withhold the Leahy Amendment 7 at this point.” Leahy offered the amendment a half-hour earlier, saying, “I don’t want to be the senator who asks Americans to choose between the love of their life and the love of their country.”

Sen. Lindsey Graham: “If you redefine marriage for immigration purposes [by the amendment], the bill would fall apart because the coalition would fall apart. It would be a bridge too far.”  Devoted LGBT allies Sen. Chuck Schumer and Sen. Al Franken both reluctantly agreed that removing the amendment to include gay couples was better than sinking the entire bill.

“As we come together as a nation to tackle our broken immigration system, it is deplorable that a small number of Senators have been able to stand in the way of progress for lesbian and gay couples torn apart by discriminatory laws. Instead of working to achieve common-sense solutions, Senators Graham, Flake, McCain and Rubio threatened to derail the entire immigration bill to appease a small but vocal group of anti-gay social conservatives that will do anything to stop progress for lesbian and gay couples.

“We are extremely disappointed that our allies did not put their anti-LGBT colleagues on the spot and force a vote on the measure that remains popular with the American people. We will continue to work hard to include bi-national same-sex couples as the bill moves to the floor and remain committed to the underlying principles of inclusive and comprehensive immigration reform. We owe it to the estimated 267,000 undocumented LGBT adults and estimated 24,700 LGBT bi-national couples living in the U.S. today to get the job done.”

“Despite the leadership of Chairman Leahy, Judiciary Committee Democrats have caved to bullying by their Republican colleagues,” said Rachel B. Tiven, executive director of Immigration Equality Action Fund. “There should be shame on both sides of the political aisle today for lawmakers who worked to deny LGBT immigrant families a vote. Despite widespread support from business, labor, faith, Latino and Asian-American advocates, Senators abandoned LGBT families without a vote.”

Senator Chuck Schumer, an architect of the immigration bill, had long promised LGBT constituents that the package would include their families. “From the beginning we told Senator Schumer that it would only get harder to add LGBT families to the bill,” said Tiven. “We are disappointed that Senator Schumer and his ‘Gang of 8’ colleagues accepted a false choice between LGBT families and immigration reform, when the truth is that including LGBT families from the outset would have strengthened the bill.”

I applaud the Committee members for their hard work, especially “Gang of Eight” members Senators Schumer, Durbin, Graham and Flake. None of the Committee members got everything they wanted, and neither did I , but in the end, we all owe it to the American people to get the best possible result over the finish line. I encourage the full Senate to bring this bipartisan bill to the floor at the at the earliest possible opportunity and remain hopeful that the amendment process will lead to further improvements

Previous NOM Denounces Murder Of Mark Carson
Next TRAILER: Where The Bears Are Season 2