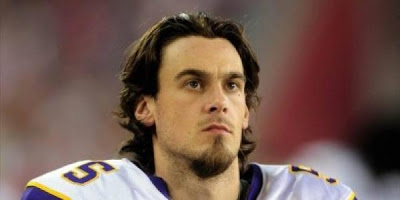 The Star-Tribune reports that punter and gay marriage advocate Chris Kluwe has been cut by the Minnesota Vikings. The team is denying that the move has anything to do with politics.

“It has nothing to do with anything Chris Kluwe is off the field,” the GM said. “When we’re making decisions, we’re purely making them trying to bring in the best competition possible regardless of position. … This was just another normal personnel move. It had nothing to do with Chris Kluwe’s off-field concerns, I have no issues if Chris Kluwe wants to express his opinion. That’s his right, that’s his freedom of speech. This is just a football decision to bring in a guy to come in to compete.”