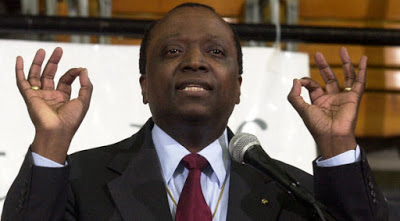 Alan Keyes: Gay Scouts Will Force Other Boys To Be Gay Themselves

“The latest proposal for ending the BSA’s ban on homosexual participation in Scouting is a strategic ploy. What is most disturbing is that it uses the young participants in the Scouting movement as cannon fodder in the battle against the natural family. Some youngsters will be positioned to draw other youngsters into situations where, because they react against sexual advances according to the moral precepts of the faith of their fathers, they will be viciously accused of unrighteous bigotry. Or else their vulnerable adolescent emotions will impel them to betray the tenets of conscience derived from their faith, and slip into a whirlpool of compulsive sensual indulgence, moral guilt and spiritual confusion.” – Three times failed presidential candidate and three times failed Senate candidate Alan Keyes, writing for World Net Daily.