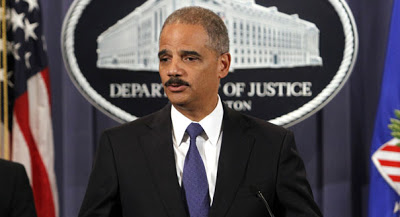 Attorney General Eric Holder recused himself from the decision to subpoena the phone records of Associated Press reporters, a source told CNN’s Jessica Yellin on Tuesday. The approval fell to Deputy Attorney General James Cole, the source said. White House spokesman Jay Carney said Tuesday that the White House had no knowledge of any attempt by the Justice Department “to seek phone records of the Associated Press.” “We are not involved with the White House in any decisions made in connection with ongoing criminal investigations as those matters are handled appropriately by the Justice Department independently,” Carney told reporters at a news conference.

The right wing has been calling for Holder’s head over Fast & Furious for years. Now they may finally get it.