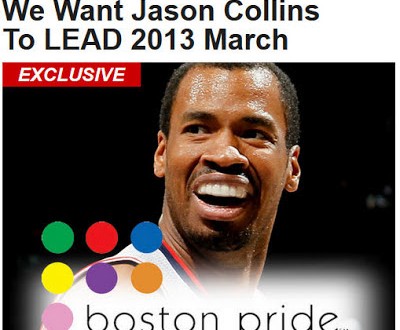 In today’s interview with Sports Illustrated, Jason Collins said that he was partially inspired to come out after watching Boston’s gay pride parade, an event he had longed to join. Long no longer, Mr. Collins: