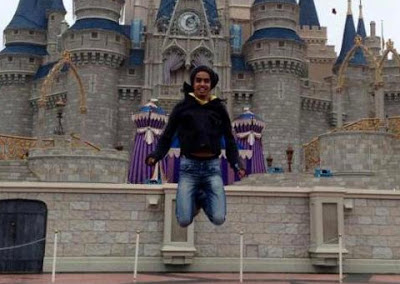 Multiple right wing sites such as Free Republic, Townhall, and Gateway Pundit are today posting information from the Facebook page of a 20 year-old Saudi national whom they claim is being “guarded by federal agents” in a Boston hospital as a “person of interest” in the Boston bombings.  The FBI and other law enforcement agencies continue to say that they have no one in custody and no suspects.

Commenters on Free Republic and elsewhere are declaring that this “person of interest” is a gay or bisexual man, citing his posted interested in “men and women” and noting that he vacationed in Key West three months ago and has “liked” the Ellen Degeneres Show.  Many of the photos at the Facebook page feature flowers and shots of an amusement park.

Following the twin blasts at the Boston Marathon that has claimed two lives and dozens injured, a Saudi national is being held in custody in relation to the incident who was near the scene of the blast, CBS News correspondent John Miller reported. Law enforcement sources told Miller a witness saw a person acting suspiciously when the explosions happened along the marathon route.

“They see him running away from the device,” said Miller. “Now, a reasonable person would be running away. But this person had noticed him before. This is a civilian — chases him down, tackles him, turns him over to the Boston police. The individual is being looked at [and] was suffering from burn injury. That means this person was pretty close to wherever this blast went off, but not so close as to suffer the serious injuries that other people did.”

Authorities told Miller that the person in custody is not charged and not under arrest. He is being cooperative, answering their questions, and denying involvement. They’ll likely be going over this person’s communications and examine every aspect of his life, as well as talk to the witness who tackled him to find out what the person of interest did that seemed suspicious.

It is indeed possible that this person is a gay or bisexual man, but there is no indication at this point that he was anything more than just another unfortunate spectator. But try telling that to the citizens of Teabagistan.

Previous White House Flag Lowered To Half-Staff
Next Obama: This Was An Act Of Terrorism