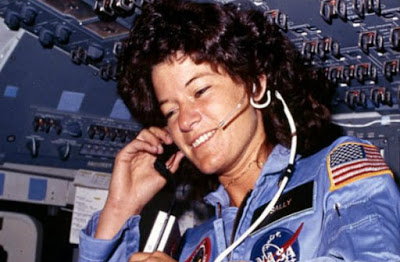 An oceanography research ship to be operated on behalf of the US Navy has been named for astronaut Sally Ride, who died last year of pancreatic cancer.

Navy Secretary Ray Mabus said in a statement, “Sally Ride’s career was one of firsts and will inspire generations to come. I named R/V Sally Ride to honor a great researcher, but also to encourage generations of students to continue exploring, discovering and reaching for the stars.” It is common for a research vessel to be named after an explorer or scientist. Scripps’ current fleet of Navy-owned ships includes the Roger Revelle, which bears the name of the late UC San Diego scientist who helped pioneer the study of global warming. The Woods Hole Oceanographic Institution in Cape Cod, Mass., is getting a ship named R/V Neil Armstrong.

Ride became the first female American astronaut in 1983. After her passing it was revealed that she had been in a decades-long relationship with a woman.