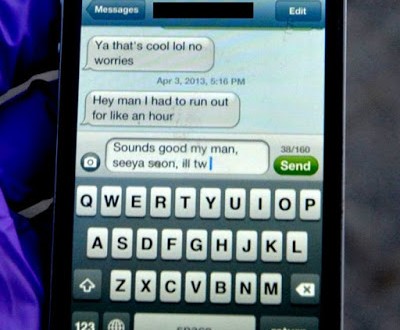 The police report says Heit, a Northern Colorado student, drifted into oncoming traffic, jerked the steering wheel and went off the road, rolling his car. Witnesses told police that Heit appeared to have his head down when he began drifting into the oncoming lane in the outskirts of Greeley, where the University of Northern Colorado is located. An oncoming driver slowed and moved over just before Heit looked up and jerked the steering wheel. Police said Heit had a spotless driving record and wasn’t speeding. Heit died shortly after the crash, but his parents released the photo of his last text hoping it will stop future accidents. “In a split second you could ruin your future, injure or kill others, and tear a hole in the heart of everyone who loves you,” Sharon Heit, Alexander’s mother, said.

Previous The Simpsons Takes On Breaking Bad
Next BBC: No “Ding Dong” Song