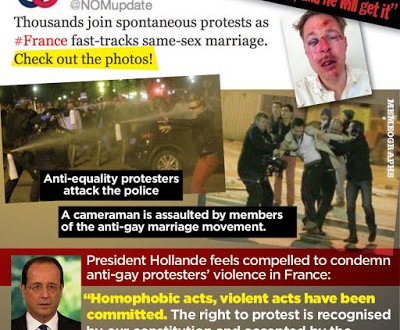 In France spontaneous peaceful demonstrations by young people protesting their government’s determination to ignore the voice of the people is causing headaches across the country. For the government, this is becoming a major headache. These young people are making sure government officials’ support for gay marriage is not forgotten. Violence did break out but not from the pro-marriage protestors. Change is coming, something new is stirring. The truth will win out.

Brian Brown has NEVER a met a lie too outrageous to make. Image via Memeograph.