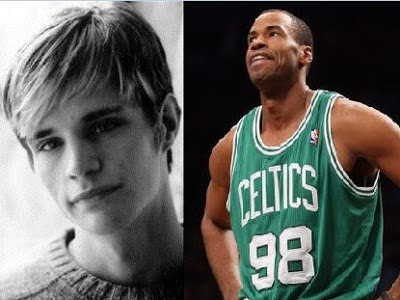 Collins: I Secretly Chose #98 As A Tribute To Matthew Shepard & Trevor Project

The parents of Matthew Shepard say they are floored at the news that Jason Collins secretly chose 98 as his uniform number as a tribute to Matthew Shepard and the Trevor Project, which was founded in August 1998 two months before Shepard was murdered.

“It made me cry,” Judy Shepard told FOXSports.com during an interview Monday afternoon. “It was really quite a tribute, and I was very honored. And I know Matt would be thrilled.” And the Shepards hope, someday, to be able to thank Collins personally for his bravery in opening himself up to the world and honoring their son’s name in the process.   “I would really love to speak to him, because I know Judy and I would just like to thank him,” Dennis Shepard said. “Because, No. 1, he had the courage to come out, period, and No. 2 that he wore 98 in honor of Matt, the year that he died. “(Collins) couldn’t have been that old (when it happened), so it must have had a tremendous impact on him, the story behind Matt, for him to want to do that. And then to wear it all this time without telling people why until today, that’s incredible.”

The head of the Trevor Project says they plan to reach out to Collins about working together.