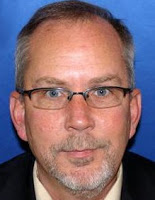 Yesterday a group of GOP Iowa state representatives introduced a budget amendment to cut the pay of the four state Supreme Court justices that ruled in favor of same-sex marriage in 2009.

“It’s our responsibility to maintain the balance of power” between the three co-equal branches of government, Rep. Tom Shaw [PHOTO], R-Laurens, said Tuesday. The justices “trashed the separation of powers” with their unanimous Varnum v. Brien decision and implementation of same-sex marriage without a change in state law banning any marriages expect between one man and one woman, added Rep. Dwayne Alons, R-Hull. Their amendment to House File 120, the judicial branch budget bill, would lower the salaries of the four justices on the seven-member court who were part of the unanimous Varnum v. Brein decision to $25,000 – the same as a state legislator. It’s not meant to be punitive, Alons and Shaw said Tuesday. “We’re just holding them responsible for their decision, for going beyond their bounds,” Shaw said.

In 2011 Shaw attempted to have the justices impeached. Last November one of the justices won reelection after a local hate group ran a statewide bus tour calling for his defeat. NOM had pledged $100K to that campaign. (Tipped by JMG reader Gene)

Previous Headline Of The Day
Next TRAILER: Married And Counting