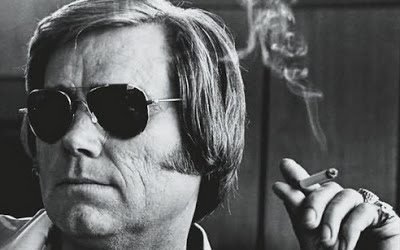 Country music legend George Jones has died at the age of 81. Jones landed more than 150 hits on the country chart during his decades-long career.

Mr. Jones, who was nicknamed Possum for his close-set eyes and pointed nose, and later No-Show Jones for the concerts he missed during drinking and drug binges, was a legendary figure in country music. His singing, which was universally respected and just as widely imitated, found vulnerability and doubt behind the cheerful drive of honky-tonk. With a baritone voice that was as elastic as a steel-guitar string, he brought suspense to every syllable, merging bluesy slides with the tight, quivering ornaments of Appalachian singing. In his most memorable songs, all the pleasures of a down-home Saturday night couldn’t free him from private pain. His up-tempo songs had undercurrents of solitude, and the ballads that became his specialty were suffused with stoic desolation. “When you’re onstage or recording, you put yourself in those stories,” he once said.

I loved Jones’ duets with his wife Tammy Wynette, with whom he continued to record after their divorce.  We’re Not The Jet Set, which was memorably covered by John Prine and Iris Dement, is my favorite Jones/Wynette track.