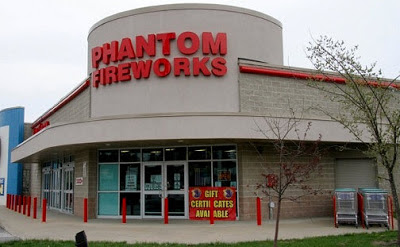 The ingredients for Boston’s bombs came from a New Hampshire fireworks store which gave the killer a two-for-one deal on his purchase.

In a chilling twist, the company that sold Tamerlan the fireworks is the same one that sold Times Square bomber Faisal Shahzad the firecrackers he used to build his failed car bomb.  The fireworks Tsarnaev bought contained about 3 pounds of black powder — enough, experts say, to build one of the two pressure-cooker bombs he triggered at the Boston Marathon on April 15.

“We were just shocked,” said Bill Weimer, vice president of Phantom Fireworks in Seabrook, N.H. “After our Times Square experience, we said, ‘It can’t happen twice.'” But it did. Weimer searched his sales records last week and discovered Tsarnaev, 26, came into his company’s store in Seabrook on Feb. 6 and was helped by a female store clerk. “Like 99% of the men who come in, he asked ‘What’s the biggest and loudest thing you have,’ ” Weimer said.

The $199 kit sells under the name Lock & Load. Selling and and possessing fireworks is illegal in Massachusetts.