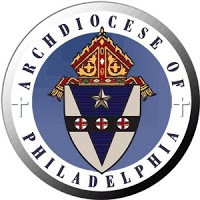 The Revs. Joseph Gallagher and Mark Gaspar were suspended following a scathing 2011 grand jury report that ultimately led to the landmark conviction of a high-ranking archdiocese official on child endangerment charges. Two other priests and a Catholic school teacher were also convicted. The February 2011 grand jury report prominently named Gallagher as a priest who remained in ministry despite apparently credible allegations of abuse. The grand jury said the archdiocese had found the allegation against him unsubstantiated despite the accuser’s “obvious credibility.” “Our only problem is that it took so long,” Marci Hamilton, the attorney for the family of Daniel Neill, said Sunday. Neill committed suicide in 2009, less than a year after being told his allegation of couldn’t be substantiated.

Father Richard Powers, the third priest fired yesterday, was suspended last year after being named on a list of abusive priests.  From the official statement by the Archdiocese:

Archbishop Charles J. Chaput, O.F.M. Cap. has found Monsignor Richard T. Powers, a retired priest of the Archdiocese of Philadelphia, not suitable for ministry following a substantiated allegation of sexual abuse of a minor that occurred approximately 40 years ago outside the Archdiocese of Philadelphia. Today’s announcement regarding Monsignor Powers is not directly connected to the cases of priests placed on administrative leave following the February 2011 Grand Jury Report.

The remaining 7 administrative leave cases are not being announced today for a variety of reasons. The Archdiocese referred all of its cases to the local district attorney. Four cases have not yet been released by law enforcement so the internal Archdiocesan investigation cannot begin yet. Three cases were released by law enforcement over the past several months. Those cases are either currently under investigation, awaiting examination by the Professional Responsibility Review Board or a final decision by Archbishop Chaput. In one additional case a priest on administrative leave was arrested.

The three priests fired this week can appeal their terminations to the Vatican.

RELATED: In February of this year Philadelphia Archbishop Charles Chaput announced that he would be organizing buses of anti-gay protesters to send to NOM’s hate march at the Supreme Court.