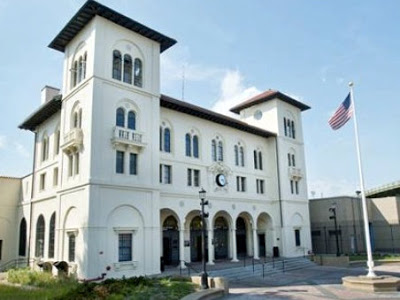 This Is A Bronx Subway Station

It may not look like a typical subway station, but if you take the 2/5 to the Bronx Zoo you’ll now exit into the above building, which just finished undergoing a $66M restoration. Via Gothamist:

“The building was designed with arches and balconies that give it the distinct look of an Italian villa,” said the MTA in a press release today. “On the exterior is a restored plaque topped with the head of Mercury, the Roman god of transportation.” Added to the National Register of Historic Places in 1980, the building formerly served as the administration office for the old New York, Westchester and Boston Railway system. The terminal once connected the Bronx with White Plains and Port Chester. In 1940, NYC took ownership of the Bronx portion of the line and tied it into the IRT.

Photos of the interior at the link.