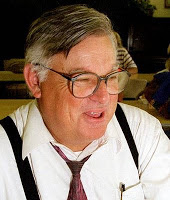 You might remember Pastor Wiley Drake, who made national news in 2009 when he began publicly praying for God to murder President Obama.  Drake, the former vice president of Southern Baptists Convention, has also called for God to murder the leaders of secular groups like Americans For Separation Of Church And State.

Today Good As You blogger Jeremy Hooper has posted an email exchange between Drake and a NOM staffer who welcomes his interest in attending their hate march on the Supreme Court and asks him to help promote the event. Hooper acknowledges that this staffer may not have known about Drake’s history, but they surely do now. Will they rescind their warm welcome?

Here’s a clip of Drake telling radio host Alan Colmes that he doesn’t care if the Secret Service “puts me on a list” for praying for the president’s death.