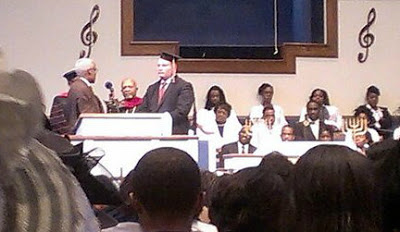 The Coalition of African-American Pastors is a co-sponsor of NOM’s hate march on the Supreme Court and Brian Brown just tweeted out the above photo of the group granting him an honorary doctorate on behalf of American Urban University, which had its license to operate suspended in 1989.  I wonder if the CAAP knows about NOM’s plan to fan hostility against the black commmunity?

RELATED: I’d love to have a fake doctorate, too! After all, I’ve already been sainted and that honor was WAY more real than Brian Brown’s.