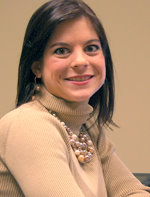 “Dear Joe, Together we will hold CBS accountable for airing profanity
in front of children and families! The network did not keep their
promise that the Super Bowl broadcast would be safe for children and
families. CBS aired an unedited ‘F-bomb’ during the Super Bowl broadcast
in front of an estimated audience of 108 million Americans – including
tens of millions of children and families. CBS is to blame for not taking precautions against broadcasting it
into every home in the country. The network has violated the law and
shows no remorse. CBS has had ample time to apologize but has chosen not
to. No apology for their error shows lack of responsibility and zero
regret.” – One Million Moms head Monica Cole, demanding that followers sign her FCC complaint against CBS.