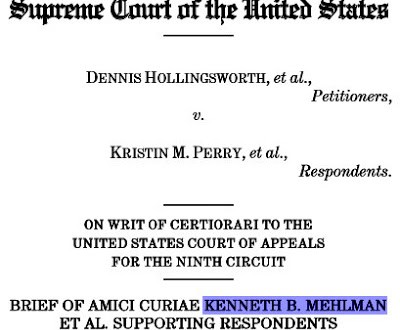 Yesterday we learned that about 75 GOP figures had signed onto a joint Supreme Court brief supporting the overturn of Prop 8.  Today we get the full list of names and note that a number of  well-known homocons have signed on. Most notable, of course, is that the brief itself bears the name of former RNC chairman Ken Mehlman, the homocon mastermind of 21 successful anti-gay state ballot initiatives during the Bush II administration.