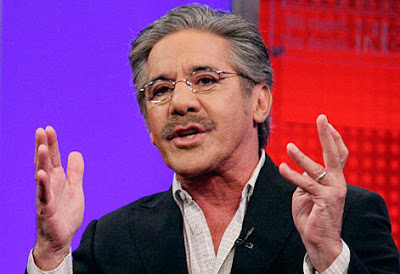 Fox News host Geraldo Rivera says he may run for the U.S. Senate in New Jersey.

“Buckle your seat belts!” said Rivera before announcing, on his radio show on WABC-AM in New York, that he is “truly contemplating” a Senate bid. He said he has spoken to some people in the New Jersey GOP about a run, but he didn’t say what they told him. Rivera got a mixed response when he asked his 30,000 Twitter followers how they feel about him challenging either Sen. Frank Lautenberg or Newark Mayor Cory Booker. At 89, Lautenberg is the oldest sitting U.S. senator. The Democrat hasn’t said if he will seek re-election. Booker, also a Democrat, has announced he is exploring a run but hasn’t made clear if he would challenge Lautenberg in a primary, should he seek another term. No Republican has formally announced an interest in running. Rivera, who is 69, said he has commitments to Fox and the radio show, but “I figure at my age if I’m going to do it, I gotta do it.”

Rivera would be considered quite moderate by current GOP standards, as he supports both marriage equality and broad immigration reforms.