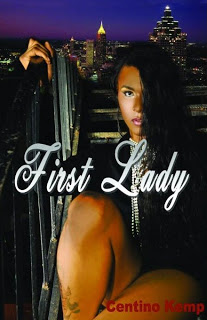 One of the young men who settled out of court after accusing Atlanta-based megachurch “Bishop” Eddie Long of sexual coercion has published a tell-all book about his encounters with Long.

The accuser, Centino Kemp, was one of the five young men who settled out of court with Long over the alleged sexual relationships. Long has denied the accusations and tried to move on, but the newly published book, titled First Lady, co-written by Kemp and T. Benson Glover, has already surged to the No. 8 spot on Amazon’s non-fiction Kindle section. The “tell-all” biography of Kemp shares of a violent encounter between him and Long in 2006 in Miami at Keiser University, where the bishop allegedly physically assaulted the teenager. The account also includes a reference to a sexual relationship between the two, hidden from Long’s wife and family.

Less than three weeks after the Bishop Long lawsuits were filed, Centino Kemp says he tried to kill himself. He was admitted at the DeKalb Mental Health Center. He told therapists he had been sexually involved with Bishop Eddie Long for years. “I was in a dark place, I can say that,” Kemp said. Kemp would not tell FOX 5 why he tried to kill himself, but the I-Team confirmed that Kemp told the staff he had been “sexually and physically abused for six years by Pastor E. Long.” Records indicate Kemp stayed two days and then asked to be discharged after telling the staff he was with “crazy people…I’m not like them.”

As for the drag photo on the book’s cover, Kemp says, “I’m just Centino. I don’t consider myself a gender. I’m not a transvestite, transgendered…I’m a boy, and I like being a boy.”