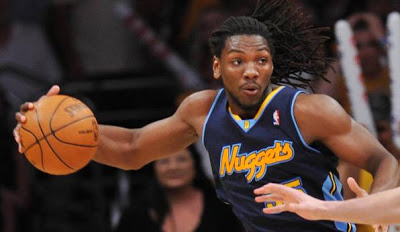 “Becoming an Athlete Ally gives me the opportunity to spread a message of inclusiveness throughout the NBA and our country,” said Faried in a statement to The Huffington Post, referring to the non-profit group that advocates for gay rights in sports. “I have two moms and I love them both very much. I respect, honor and support them in every way. The bond I have with them has made me realize that I want all members of the LGBT community — whether they are parents, players, coaches or fans — to feel welcome in the NBA and in all of our communities.” As a member of Athlete Ally, Faried joins Brendon Ayanbadejo of the Baltimore Ravens, Chris Kluwe of the Minnesota Vikings, Scott Fujita of the Cleveland Browns, Connor Barwin of the Houston Texans, as well as professional international sports stars and college players.