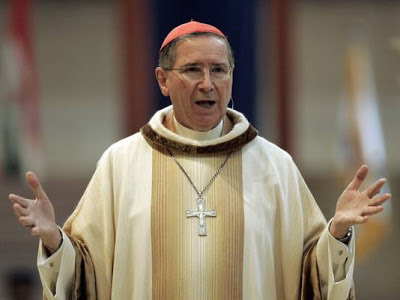 “I can’t recall a time such as now when people tend to be so judgmental and even self-righteous, so quick to accuse, judge and condemn.  And often with scant real facts and information.  Because of news broadcasts now 24/7 there is little or no fact checking; no in-depth analysis; no context or history given.  Rather, everything gets reported as ‘news’ regardless of the basis for the item being reported–and passed on by countless other news outlets.

“We have ended up with a climate in which it’s the norm to instantly pass judgement on one another, taking in and repeating gossip, sharing someone else’s judgment as the truth, no regard for other people who may be harmed.  Whatever happened to the norm of giving others the benefit of a doubt until hard evidence proves otherwise?” – Cardinal Roger Mahony, complaining on his blog that people are super-mean to to him just because he shielded pedophiles from the police.

Oh, and guess where Mahony is today?