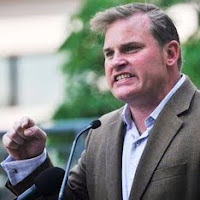 Brian Brown On The FRC Shooter

“Standing up for traditional marriage does not make anyone ‘anti-gay’ and
it is deplorable that some reporters covering this issue allow mere
opposition to redefining marriage to be labeled as such. It is even more reckless for news reports to allow the charge of ‘hate
group’ to be applied to any organization because their beliefs affirm a
traditional Judeo-Christian view of marriage and sexual morality. We
hope that media organizations will seriously reflect on these issues
knowing that irresponsible ‘hate group’ charges nearly led to a massacre
at the Family Research Council.” – Hate group leader Brian Brown, whose organization literally plotted to sow animosity against the African-American community.