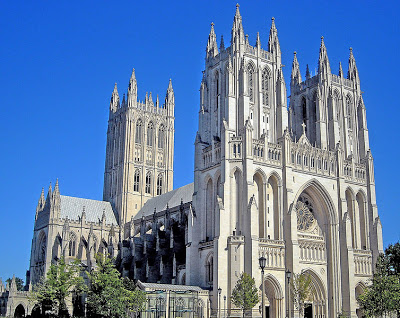 The Washington National Cathedral, which is an Episcopal church, will soon begin hosting same-sex weddings.

Even though it is known that the Episcopal Church, a small but prominent part of American Christianity, has been supportive of equality for gay men and lesbians, “it’s something for us to say we are going to do this in this very visible space where we pray for the president and where we bury leaders,” said the Rev. Gary Hall, who became dean of Washington National Cathedral in the fall. “This national spiritual space is now a place where [lesbian, gay, bisexual and transgender] people can come and get married.”

As attention, political capital and lobbying dollars have been focused on fights over civil marriage, organized religion has been slow to embrace rights for same-sex couples. The vast majority of houses of worship don’t host blessings or weddings for people of the same gender. The Episcopal Church, with 2 million members, has been something of an exception, with leadership supporting the ordination of gay clergy and blessings for same-sex couples even as dozens of parishes broke with the denomination over the issue.

The Episcopal Diocese of Washington includes the city and its suburbs in Maryland.