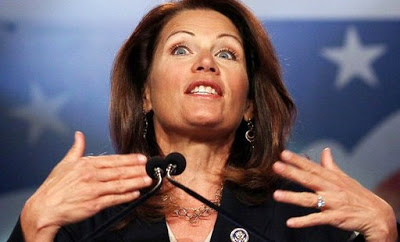 Today, People For the American Way will deliver 178,000 petitions to House Speaker John Boehner urging him to remove Minnesota Rep. Michele Bachmann from the Permanent Select Committee on Intelligence in the 113th Congress. Bachmann earned rebukes from Boehner, John McCain and others last year when she launched a smear campaign against Hillary Clinton aide Huma Abedin, alleging that Abedin and other Muslim-American public servants were agents of the Muslim Brotherhood.

“Michele Bachmann has used her position on the Intelligence Committee to spread baseless conspiracy theories and smear the reputations of honorable public servants,” said Michael Keegan, President of People For the American Way. “Speaker Boehner himself called her actions ‘dangerous.’ It’s mysterious, then, why he has chosen to reward her reckless extremism with continued access to sensitive national security information and a powerful platform for her agenda.” “Members of the Intelligence Committee are responsible for the safety of all Americans,” continued Keegan. “178,000 Americans are sending Speaker Boehner a clear message: we don’t want our national security in Michele Bachmann’s hands.”