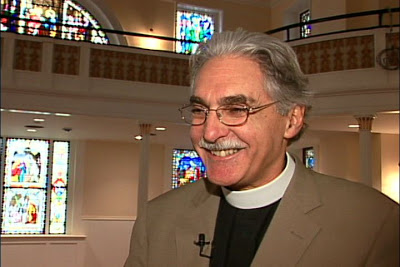 The choice is a contrast to Giglio, a conservative evangelical who was until last week best known for his work combating human trafficking. That work was eclipsed when reports and audio emerged of a Giglio sermon in which he spoke out against the “aggressive agenda” of the gay community and said gay people could change their sexual orientation “through the healing power of Jesus.”  Leon’s own parish is known for welcoming openly gay members. The church, which has openly gay, non-celibate priests and has had a gay bishop, announced this summer that it would bless same-sex partnerships and ordain transgender priests. This month, the Washington National Cathedral, an Episcopal church, announced that it would also begin same-sex marriage ceremonies.  Obama and his family have attended St. John’s many times during his first term. Former President George W. Bush, attended the church regularly as well.

Leon delivered the invocation at President George W. Bush’s second inauguration, so wingnut response to his selection should be relatively muted.