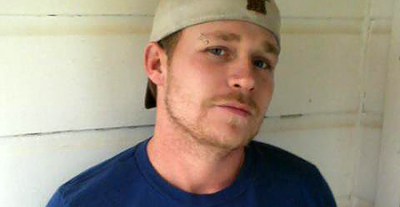 Is Uncle Poodle Lying About Sending His HIV+ Former Boyfriend To Prison?

Last week the gay blogosphere erupted into divisive discussions upon the news that Here Comes Honey Boo Boo cast member Lee Thompson (who is known on the show as Uncle Poodle) is claiming that he had his former boyfriend charged with HIV transmission and sent to prison for five years after learning that he himself is HIV-positive in May of last year.  Thompson’s story raised red flags for American Independent investigative reporter Todd Heywood, who closely tracks HIV criminalization cases nationwide.

Because Thompson does not name the ex-boyfriend, and entertainment blogs about the show and Thompson are mum on the identity of the ex-boyfriend, I spent the last week calling district attorneys and law enforcement in Georgia and Alabama trying to find out where this prosecution happened. Not a single district attorney or law enforcement official I spoke with could find a case to match the facts presented by Thompson, nor could they find a case in which Thompson was the named defendant.

Does that mean Thompson lied? Not necessarily, but it does raise serious questions. First, Thompson lives in Alabama, where, according to Lambda Legal, transmission of HIV is a Class C Misdemeanor punishable by no more than 90 days in jail and/or a $500 fine. Lambda reports Georgia’s law is a felony punishable by up to 10 years in prison. It is unclear where Thompson lived in May of 2012, so I inquired with law enforcement and district attorneys in both states and in every county I could identify as linked to the show and Thompson’s family. It is conceivable that Thompson’s case was adjudicated in another county in Georgia, but very, very unlikely that case was conducted in Alabama.

Heywood also has a problem with Thompson’s timeline:

Thompson indicates that by Jan. 10, 2013 (when the interview was published on Fenuxe) that his ex-partner had been investigated, charged, adjudicated and sentenced. Presuming for a moment that he tested positive on May 1, 2012, that means the entire criminal justice process was completed in 7 months. That just doesn’t fit with the most recent statistics related to time from arrest to sentencing from the U.S. Department of Justice.

Heywood adds that publicists for the show have refused to comment on the story. In a phone call to me last week, Heywood also pointed out that Here Comes Honey Boo Boo has been nominated for a 2013 GLAAD Media Award.

DISCLOSURE: Heywood is an acquaintance of mine and was my hotel roommate at last year’s Netroots Nation convention in Rhode Island.

Previous FRC’s Peter Sprigg Appears On CNN To Denounce Inauguration Speech
Next Illinois Bishop On His Handcuffed & Gagged Priest: It Was Non-Sexual Self-Bondage Because He Was Alone