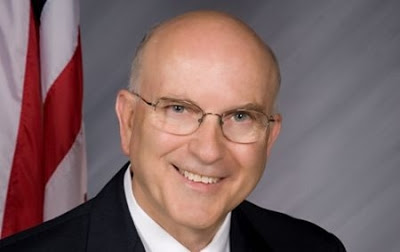 The chairman of the Senate education committee, who last year unsuccessfully sought the teaching of creationism in schools, now wants public schools to have the option of beginning each day with the Lord’s Prayer. Sen. Dennis Kruse, R-Auburn, has filed a bill that would allow school districts to require the recitation of the Lord’s Prayer, though individual students could opt out if they or their parents preferred. With Republicans holding overwhelming majorities in both the Indiana House and Senate and former U.S. Rep. Mike Pence preparing to take office as governor, some critics have anticipated an easy path for certain socially conservative issues in this year’s legislature.

Senate legal staffers say the bill is doomed as blatantly unconstitutional. But hey, Kruse probably just got a shitload of donations from Teabagistan.

Previous Illinois Catholic Priest Calls 911: “Help! I Can’t Get Out Of These Handcuffs!”
Next House Approves Sandy Aid Bill