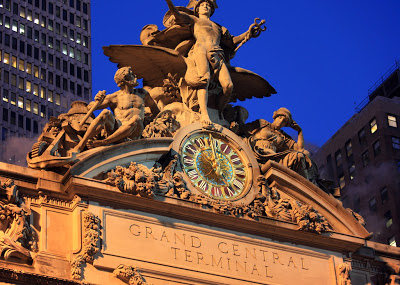 Grand Central Terminal celebrates its 100th anniversary on February 1st with lots of events, including “1913 pricing” at some of the restaurants and shops. There will be appearances by Cynthia Nixon, Melissa Manchester, and Caroline Kennedy, whose mother is widely credited with helping save Grand Central from the wrecking ball.  (Ugh, Penn Station.) Representatives of the Vanderbilt family are also due to be on hand. (A statue of Anderson Cooper’s great-great-great grandfather stands outside the terminal.) Click here for great timeline of Grand Central’s history. Meet you at the clock!