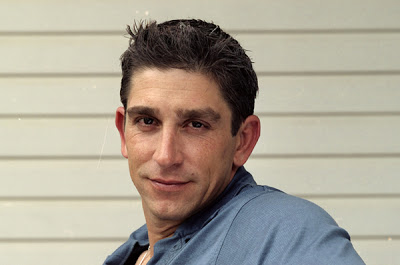 Gay Poet To Read At Inauguration

On Wednesday the president’s inaugural planners will announce that Mr. Blanco is to be the 2013 inaugural poet, joining the ranks of notables like Robert Frost and Maya Angelou. “Since the beginning of the campaign, I totally related to his life story and the way he speaks of his family, and of course his multicultural background,” Mr. Blanco said in a telephone interview from the rural village of Bethel, Me., where he lives with his partner. “There has always been a spiritual connection in that sense. I feel in some ways that when I’m writing about my family, I’m writing about him.”

Mr. Blanco must now compose an original poem for the president’s ceremonial swearing-in on the steps of the Capitol on Jan. 21. (Mr. Obama will take the official oath at the White House on Jan. 20, as required by the Constitution.) Addie Whisenant, the inaugural committee’s spokeswoman, said Mr. Obama picked Mr. Blanco because the poet’s “deeply personal poems are rooted in the idea of what it means to be an American.”

RELATED: Maya Angelou’s 1993 reading of On The Pulse Of The Morning during Bill Clinton’s first inauguration was, for me, the most memorable moment of a day laden with giddy promise. When Angelou name-checked gay Americans during the poem, everyone in the room with me shouted in surprise. How things have changed! I can still recite a good portion of On The Pulse from memory, in no small part because Angelou’s performance was later incorporated midway into a great trance record.

You, created only a little lower than the angels, have crouched too long in the bruising darkness.