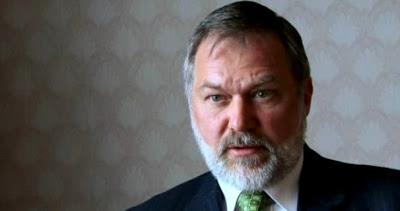 Crimes Against Humanity Case Against Scott Lively To Begin Monday

This Monday the case of Sexual Minorities Uganda Vs Scott Lively will begin in a Massachusetts federal court. The suit alleges that Lively committed crimes against humanity in his campaign urging Uganda to implement harsh persecutions of LGBT people.  The case is the first-ever sexual orientation-related suit brought under the Alien Tort Statute, which is described as a “powerful legal tool that allows foreign victims of human rights abuse to seek civil remedies in U.S. courts.”  Sexual Minorities Uganda is being represented by the Center For Constitutional Rights.  Lively will be defended by the anti-gay hate group, Liberty Counsel.

When the lawsuit was filed in March, the New York Times reported:

The lawsuit alleges that beginning in 2002, Mr. Lively conspired with religious and political leaders in Uganda to whip up anti-gay hysteria with warnings that homosexuals would sodomize African children and corrupt their culture. The Ugandan legislature considered a bill in 2009, proposed by one of Mr. Lively’s Ugandan contacts, that would have imposed the death sentence for homosexual behavior. That bill was at first withdrawn after an outcry from the United States and European nations that are among major aid donors to Uganda, but a revised bill was reintroduced last month. Mr. Lively is being sued by the organization Sexual Minorities Uganda under the alien tort statute, which allows foreigners to sue in American courts in situations alleging the violation of international law. The suit claims that Mr. Lively’s actions resulted in the persecution, arrest, torture and murder of homosexuals in Uganda.

Proceedings begin at 11am on Monday at the federal courthouse in Springfield at 300 State Street. Interested parties are advised to arrived early for seating.

RELATED: Last month Lively endorsed Uganda’s allegedly revised Anti-Homosexuality Act, which he claims now does not contain the death penalty for homosexuality, but does include other severe penalties including life imprisonment. LGBT activists insist that the bill has not been revised.  Lively’s endorsement was approvingly reprinted by World Net Daily.