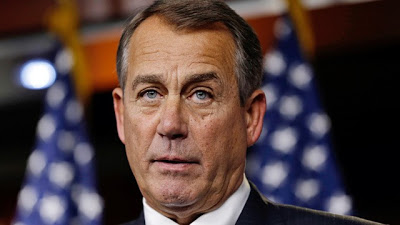 Zack Ford has the story at Think Progress:

Late Monday, House Democrats learned that the Republican leadership had once again secretly renegotiated its contract with attorney Paul Clement to defend the anti-gay Defense of Marriage Act at the Supreme Court. This is the third time the contract has been adjusted, raising total costs to $3 million from the original $500,000 cap.
Minority Leader Nancy Pelosi (D-CA) and Minority Whip Steny Hoyer (D-MD) both sit on the Bipartisan Legal Advisory Group (BLAG), the House body intervening to defend DOMA in court in lieu of the Department of Justice’s decision not to. However, they did not find out about BLAG’s new agreement with Clement until after it had already been finalized.

Hit the link for Pelosi’s pissed–off letter to Boehner.