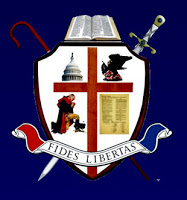 Tenthers Want Feds Out Of Marriage

The anti-gay Faith & Freedom Institute has issued a press release asking Christian Tenthers to support their petition to block all federal courts, including SCOTUS, from making any rulings on same-sex marriage. The petition reads: