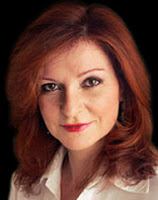 Quote Of The Day – Maureen Dowd

“The Mayans were right, as it turns out, when they predicted the world would end in 2012. It was just a select world: the G.O.P. universe of arrogant, uptight, entitled, bossy, retrogressive white guys. Just another vanishing tribe that fought the cultural and demographic tides of history. Someday, it will be the subject of a National Geographic special, or a Mel Gibson movie, where archaeologists piece together who the lost tribe was, where it came from, and what happened to it.

The experts will sift through the ruins of the Reagan Presidential Library, Dick Cheney’s shotgun casings, Orca poll monitoring hieroglyphics, remnants of triumphal rants by Dick Morris on Fox News, faded photos of Clint Eastwood and an empty chair, and scraps of ancient tape in which a tall, stiff man, his name long forgotten, gnashes his teeth about the 47 percent of moochers and the ‘gifts’ they got. Instead of smallpox, plagues, drought and Conquistadors, the Republican decline will be traced to a stubborn refusal to adapt to a world where poor people and sick people and black people and brown people and female people and gay people count.” – Maureen Dowd, writing for the New York Times.