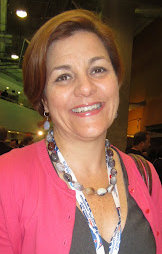 Openly lesbian NYC Council Speaker Christine Quinn, the presumptive favorite in next year’s mayoral race, is supporting a bill that would that would loosen the rules on “unions, corporations and advocacy groups” who support the campaigns of local candidates.

The bill, to be introduced on Monday, would allow those outside groups to work directly with candidates on their internal political communications with members — including phone calls and door knocking tours, although not large-scale mailings — without the costs counting against the candidates’ spending limits. Critics said the measure, introduced nine months ahead of what is expected to be a closely contested mayoral race, would effectively outsmart the city’s stringent campaign finance system, which tries to rein in spending by interest groups and candidates alike. In a strongly worded statement on Friday, the city’s Campaign Finance Board said the legislation “would open a gaping loophole” in the city’s regulations, “eviscerate” limits on coordinated spending by outside groups and “allow unions and corporations to operate above the law.” “A change of this magnitude has never before been proposed this late in the four-year election cycle,” the board said in a memorandum marked “Urgent.”

The bill is being backed by labor unions, the New York Civil Liberties Union and Citizen Action New York, a group that last month endorsed a long list of Democratic candidates.

Previous Weddings Begin In Washington State
Next NEVADA: Seven Year-Old Boy Killed By Parents For Not Reading The Bible