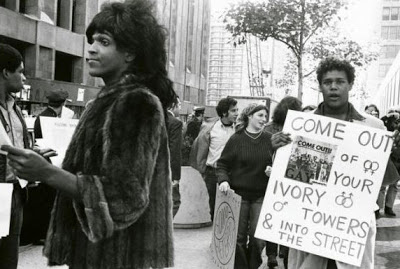 Prosecutors will take a fresh look at the 1992 death of gay icon and “mayor of Christopher Street” Marsha P. Johnson, the Daily News has learned. Johnson, an unmistakable Greenwich Village fixture who posed for an Andy Warhol series on drag queens, was pulled from the Hudson River, fully clothed, near Christopher St. on July 6, 1992. She had been missing for days.

Her death was ruled a suicide by the city’s medical examiner, but Johnson’s friends and family believe she was attacked by bullies who regularly harassed and assaulted her at the pier. The ruling was changed from “suicide” to “undetermined” in December 2002, as a result of a police investigation that determined there was not enough information to call it a suicide. Now, two decades after her death, the Manhattan District Attorney’s office has agreed to reconsider the case, law enforcement sources confirmed.

For those unaware of Johnson’s place in the history of our movement, below is the full documentary of her life, Pay It No Mind.