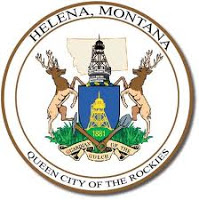 In a unanimous vote Monday night, the Helena City Commission passed an ordinance to prohibit discrimination in housing, employment and many kinds of public accommodation based on sexual orientation. Hundreds of people turning out to support or oppose the measure, with the commission opening two additional rooms in the City-County Building to provide audio and video of the meeting. Mayor Jim Smith gave each side an hour to speak on the measure. “I believe, and I felt the commissioners believe, that being LGBT is part of the human condition,” said Commissioner Haque-Hausrath, the sponsor of the measure, speaking of lesbian, gay, bisexual and transgender people. “It’s something that people cannot change, and we believe that people should not be discriminated against because of their sexual orientations.”

The above-linked story notes that most of the those opposed to the measure brought up the standard and tired “dress-wearing men in the locker room” argument.

“How will we be able to monitor when a person, male or female, enters the opposing bathroom and says ‘Well, I can do this, because I’m gender-identity confused?’” said Jacqui Garcia, citing situations her children might encounter. “We all have been in bathroom stalls and public stalls, There’s gaps between the doors, and you can still see in them.” Sharon Turner said the situation would put a huge majority of the population at risk. She said she wasn’t afraid gay or lesbian people would set out to harm the children, but rather others with malicious intent. “How easy it would be for a teenage boy to use this ordinance as a right of passage?” she said. She said if the measure passed, she would cease her shopping trips into Helena with her children and grandchildren.