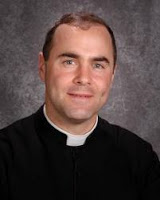 Is Justice Scalia’s Son An “Ex-Gay”?

In an article about Justice Antonin Scalia’s recent comments on homosexuality, the Los Angeles Times delivers a fascinating nugget about Scalia’s son.

The notion that there are no homosexual people, just homosexual acts, is an ancient one. Until recently it was the attitude of the Roman Catholic Church. Scalia’s son Paul, a Catholic priest who has served as chaplain to Courage – “a spiritual support group to help those with same-sex attractions live chaste lives” – continues to resist the idea of a gay identity. He has written: “We must always distinguish the person from the attractions. Most errors in this area come from the reduction of the person to the attractions: to say, ‘A person who has homosexual attractions must be homosexual.’ This reduces the human person to the sum total of his sexual inclinations.”

In a 2005 article in the magazine First Things, Paul Scalia warned against the labeling of high school students as “gay” and even took the Vatican to task for using the term “homosexual person,” which, the younger Scalia said, “suggests that homosexual inclinations somehow determine, which is to say confine, a person’s identity.” Of course, this is a straw man; psychologists and other who speak of a gay identity don’t argue that “gay” is an exhaustive description of an individual’s personality traits, only that there is more to being gay or lesbian than participation in sexual acts.

There’s nothing in the article that says Paul Scalia is “ex-gay,” but people who work for those crackpot groups usually are.