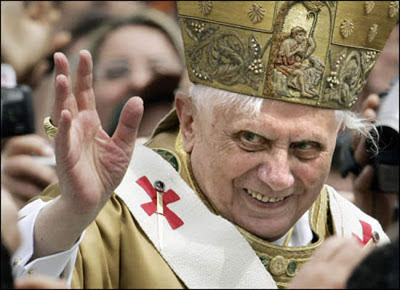 “People dispute the idea that they have a nature, given to them by their bodily identity, that serves as a defining element of the human being. They deny their nature and decide that it is not something previously given to them, but that they make it for themselves. The manipulation of nature, which we deplore today where our environment is concerned, now becomes man’s fundamental choice where he himself is concerned. When freedom to be creative becomes the
freedom to create oneself, then necessarily the Maker himself is denied
and ultimately man too is stripped of his dignity as a creature of God” – Emperor Palpatine, in his annual Christmas speech to Vatican bureaucrats.