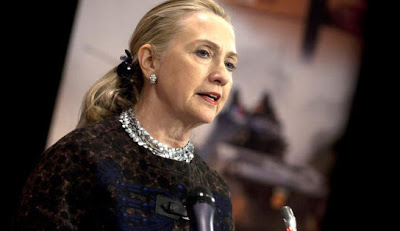 Secretary of State Hillary Clinton was hospitalized in New York City tonight after developing a blood clot following her concussion earlier this month. CNN reports that Clinton is being treated at New York Presbyterian on the Upper West Side of Manhattan where anti-coagulants are being administered.  Little else about her condition has been released at this writing.  Conflicting news reports say that the blood clot is either in Clinton’s brain or in her leg, the latter of which is more common for people who spends long hours on planes.

Previous It’s Bigger On The Inside
Next Tap Tap Tap