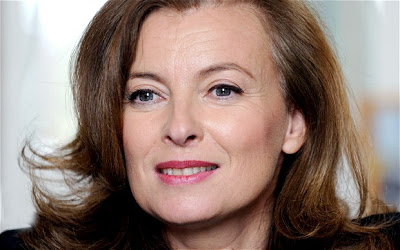 France’s First Lady says she is looking forward to being part of the wedding party of gay friends once marriage is legalized.

Valerie Trierweiler, the girlfriend of French President Francois Hollande, has given plans to legalise gay marriage with her personal seal of approval by announcing she will be a witness at one of the first ceremonies. While her partner’s commitment to proposed legislation allowing same-sex marriages has been questioned in recent weeks, Trierweiler revealed she had accepted an invitation to participate in the wedding of gay friends. “I’m delighted that I’m going to be a witness at one of the very first marriages for all,” Trierweiler said. A law providing for same sex couples to wed and adopt children is expected to be on the statute book by the middle of next year. Its passage through parliament is likely to be stormy however given strong opposition from sections of the opposition right, Catholic bishops and other religious leaders.

France’s national legislature begins debate on the draft version of the bill in three months.