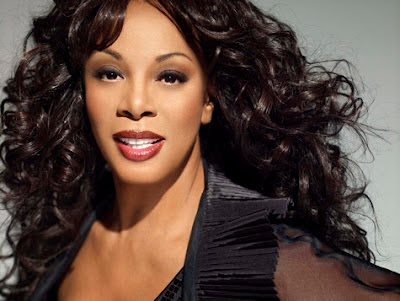 Word accidentally leaked out today that Donna Summer will be announced tomorrow as one of the 2013 inductees into the Rock & Roll Hall of Fame. Summer died of lung cancer earlier this year at the age of 63. Via Contact Music:

Due to an administrative error, the I Feel Love singer’s induction notice has been released hours before Hall of Fame officials announce the Class of 2013 on Tuesday. A statement from the late star’s family reads: “We are overjoyed the Rock and Roll Hall Of Fame has recognized Donna’s tremendous musical achievements. Its an honor we know she quietly hoped for and would very much cherish. We are deeply grateful. The family cannot fully express the gratitude they feel for the outpouring of love received over the past few months in support of Donna’s induction into the Rock and Roll Hall Of Fame. From fellow recording artists and industry executives to friends and fans from around the world, it will not be forgotten.”

Summer was previously passed over after four nominations despite numerous Grammy wins, including one for Best Rock Vocal Performance. Artists become eligible 25 years after the domestic release of their first commercial full-length record.  The other artists whose names may be called tomorrow are Joan Jett, The Meters, Public Enemy, N.W.A., Albert King, The Paul Butterfield Blues Band, Kraftwerk, Randy Newman, Procol Harum, Rush, the Marvellettes, Deep Purple, and Chic.  Like Summer was, Chic is especially overdue, having been nominated seven times. (Via The Randy Report)