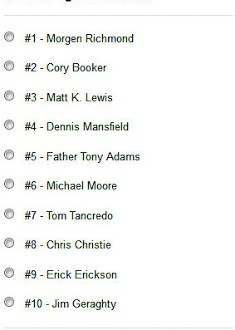 Our own Father Tony Adams is among Andrew Sullivan’s 2012 finalists in his annual Yglesias Award, which is granted to “writers, politicians, columnists or pundits who actually criticize their own side, make enemies among political allies, and generally risk something for the sake of saying what they believe.”  Hit the link for the quotes from all of this year’s finalists. Vote for your choice at the link.

DISCLOSURE: Father Tony’s quote comes from his article in the 2012 issue of the national Pride Magazine, of which I was senior editor.