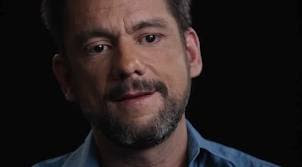 Groundbreaking AIDS activist Spencer Cox, who was profiled in the documentary How To Stop A Plague, has died of HIV-related complications at the age of 44. Cox is widely credited with helping create the drug testing protocols that rushed life-saving medications to a desperate community.  ACT UP sends us his obituary:

From 1994 to 1999, he was Director of the HIV Project for TAG, where he did his groundbreaking work in drug trials designs. He designed the drug trial adopted in part by Abbott as they were developing Norvir, the first Protease Inhibitor to head into human trials. It had an “open standard-of-care arm,” allowing people on the control arm to take any other anti-AIDS drugs their doctors prescribed, versus the arm taking any other anti-AIDS drugs plus Norvir. It was this study that showed a 50% drop in mortality in 6 months. Norvir was approved in late 1995. Though the results were positive, the proposal sharply divided the community, many of whom thought it was cruel to withhold Norvir on the control arm. Spencer defended himself in a controversial BARON’S coverstory that made him, briefly, the most-hated AIDS activist in America. Ultimately he was vindicated.  “Spencer single-handedly sped up the development and marketing of the protease inhibitors, which currently are saving 8 million lives,” says TAG executive director Mark Harrington. “He was absolutely brilliant, just off the charts brilliant.”

The above-linked article was written by Plague director David France, who notes that Cox first began to experience resistance to HIV medications in 2000.